The Wave 103 is a Radio station in Grand Theft Auto Vice City and GTA VCS which plays Techno, and Pop-Rock. In 1984 (GTA VCS), it is by hosted Adam First, and The british Trish Camden, and by 1986 ( GTA VC), it has shifted to Adam First. The name of the station is a reference to the radio station Wave 102 in Dundee, Scotland, the original birthplace of the game's design company Rockstar North. Coincidentally, during the 1980s and early 1990s there was a Pop/New Wave format radio station in Miami, Florida, the city that Vice City is based on, named WAXE (pronounced "waxy") 102.7. The name may also allude to the New Wave music on the station's playlist. There is another radio station named Wave 105 which broadcasts in Southampton, England. 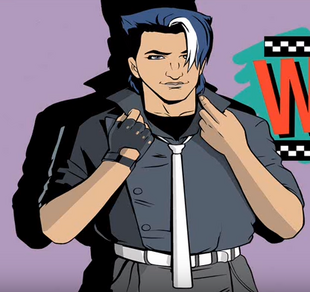 Retrieved from "https://fictional-radio.fandom.com/wiki/Wave_103?oldid=1287"
Community content is available under CC-BY-SA unless otherwise noted.