The Blood 106.66 FM is a Extreme Metal & Hard Rock radio station in Saints Row: The Third. It was very similar to The Krunch 106.66 FM in Saints Row and Saints Row 2. Since this radio does not appear on Saints Row IV, it must have been closed at some point before the events of the fourth game. The host is DJ John John. 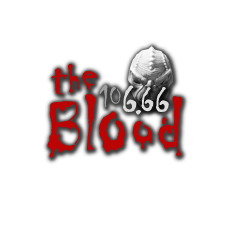 An alternative beta photo of the radio.
Add a photo to this gallery

Retrieved from "https://fictional-radio.fandom.com/wiki/The_Blood_106.66_FM?oldid=1297"
Community content is available under CC-BY-SA unless otherwise noted.