Head Radio is a Pop Rock & Dance Radio Station in GTA 1, GTA 2, GTA III, and GTA LCS. It can broadcast very far as is appears in Anywhere City, despite it being headquartered in Liberty City. This is one of Grand Theft Auto's most longest running Radio Stations. It is known that it was founded in 1941 most likely broadcasting Oldies Music and by 2001 it was one of the most popular radio stations owned by Love Media.

In Grand Theft Auto, set in 1997, the station starts out with just three songs and the DJ is Eddie Simons.

In GTA Liberty City Stories, set in 1998, the Stations expands massively, and there is now a new host, Micheal Hunt.

Set in 2001, GTA III features the station as well as Micheal Hunt making a return. The number of songs is slightly different as well. Also in the IOS version of this game, Head Radio will reset if the player enters the Radar.

Despite being released in 1999, GTA 2 is set in 2013. Head Radio seems to still be playing in that year, but now 2 new hosts have taken up the station, Phanny Joe Styles and Johnny Riccaro. Also the song "Taxi Drivers" was censored in the PlayStation version of the game. Swear words were interrupted by the sounds of horns.

Head Radio was a planned station in GTA IV but was dropped in development. As well as "The One for Me", "Take the Pain" and "Drive" being available as phone ringtones in Grand Theft Auto IV.

Cloud Nineteen - "The One For Me"

Frankie Fame - "See Through You"

Dezma - "Life Is But A Mere Supply"

Davidson - "All I Wanna Do" 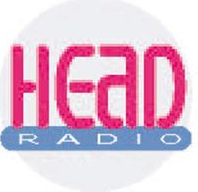 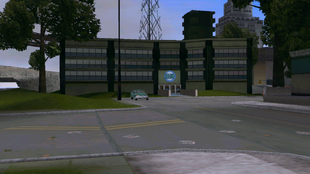 Retrieved from "https://fictional-radio.fandom.com/wiki/Head_Radio?oldid=206"
Community content is available under CC-BY-SA unless otherwise noted.